Description of the project

g a modern residential area – RYBALSKY. It will be not only comfortable to live in, but also to spend leisure time: to walk along the waterfront, to drink coffee in a cafe near the canal, to attend events that will be held regularly on the boulevard. In RYBALSKY everyone can experience all the charms of living in the center of a metropolis without the usual attributes like noisy highways.

The uniqueness of the location of the residential area led to an approach to its architecture. The developer of the project resorted to the old strategy of building Podil, beating it in a new way. This allowed the complex to fit perfectly into the surrounding landscape. There will be no gray monotonous skyscrapers, natural kiosks and chaotic advertising. In the residential area of ​​Rybalsky we will retain aesthetics throughout.

The section has long been known for its charming beauty and stunning architecture. We want to keep the area authentic and give it new features. RYBALSKY will have a mid-rise building with high quality public spaces, green boulevards and a picturesque canal, with cafes and summer restaurants along the grounds.

The Rybalsky residential complex is first and foremost a living space, so its territory will be occupied mainly by nine-storey houses with cozy patios and a picturesque canal.

The long spit in the northern part of Podil divided the two main rivers of Kiev – the Dnieper River and the legendary Pochayna, in which Prince Vladimir baptized Kievan Rus. The remnants of this spit, separated by the harbor, is the Fishing Island. Although we are accustomed to calling it an island, the geographical Rybalskaya is a peninsula connected to the rest of Podol by land.

SAGA Development and Perfect Group are renovating an industrial area on the Fishery Peninsula. A new residential area will appear here, which will logically continue the construction of the old Podil with low blocks and a developed network of streets.

The project envisages the erection of 9 buildings, and the construction of four is currently underway – # 3, # 5, # 9, # 11. Part of the building # 5 will be occupied by a modern educational complex. We have already built a pedestrian boulevard in the new area and have started to build our own canal.

RYBALSKY is a state-of-the-art area that embodies the idea of ​​living comfortably by the water. Skyscrapers will not cover the sky here, and natural parking will not steal pedestrian space. We believe that a well-designed environment makes residents happy. This is what we strive to achieve at RYBALSKY.

Cozy courtyards, green boulevards and modern public space by the water make sure that the RYBALSKY residents have everything they need for a comfortable stay. After all, what could be better than starting the day with a morning jog around the area, resting in the bench under a tree crown in the afternoon, and walking around the canal in the evening?

– Courtyards (perimeter construction delimits the courtyards from the streets on all sides, so the space within the quarters will be quiet and cozy. Only residents will have access to the yard. Convenient benches, picnic tables, green spaces, playgrounds and playgrounds – we made sure that the patio was everything for family vacations and leisure with the kids)

– Pedestrian boulevard (boulevards between houses will become your favorite walking route in RYBALSKY. There will be hiking and biking trails, trees, lawns and rest areas. There are no city highways along the boulevard, so everyone here will find a comfortable and safe place. The park is divided into three parts: the park, the square and the sports area. In the park you can sit on a bench under a tree, walk the paths with comfortable pavement. tables. At the weekend it will be possible to organize a family picnic, and on holidays – festivals. On the lawn in the shade of plane trees we put beds in the sports zone already established trampolines, soon there will skate ramp. Nearby are areas for recreation)

– Water space (many residents of RYBALSKY will be lucky to admire the picturesque views of the Dnieper from their apartments. And this is just one of the benefits of living near the river. We will do everything to remind the residents of the Dnieper River and give them a chance to rest by the water. rivers by motorways and industrial zones We strive to change that Part of the Dnieper embankment from Podilsky bridge to Petrovsky railway bridge we reconstruct and equip a public space where we can walk, run, ride We will also create a new canal in RYBALSKY and connect it to the Dnieper by means of a tunnel under the Naberezhno-Khreshchatytska Street, along the canal there will be a separate street with conceptual cafes and restaurants. we have provided summer venues in advance, so residents will be able to savor the dishes in the open air and admire the scenery.

– Infrastructure (many RYBALSKY residents will be fortunate enough to admire the picturesque views of the Dnieper from their apartments. This is just one of the benefits of living near the river. We will do everything to remind the residents of the Dnieper’s value and give them a chance to rest by the water)

– Quay (now Kiev is cut off from the river by motorways and industrial zones – and we want to change it. Part of the Dnieper embankment from Podilsky bridge crossing to the Petrovsky railway bridge is being reconstructed and equipped with a public space for walking, running, cycling. Oh. the embankment will be open to anyone)

– Canal (in the territory of RYBALSKY we will create our own canal and connect it with the Dnieper by means of a tunnel which will be laid under Naberezhno-Khreshchatytska Street. Near the water we will equip public space: along the canal there will be a separate street with conceptual cafes and restaurants. Summer grounds are foreseen in advance, so residents will be able to savor the dishes in the open air and admire the scenery.

In RYBALSKY it is convenient to play sports in the open air. On the pedestrian boulevard, we equip an area for outdoor activities, where there will be trampolines, skate ramps, a tennis table. There will also be a small workout area in the yard of each house. Cross-country and cycling routes are provided in the area. Residents will be able to row on the channel. Next to RYBALSKY is located the “5 element” – the largest in Ukraine sports complex with swimming pools, fitness rooms, tennis courts. They provide training in various sports, as well as beauty and health services.

– Playgrounds in the yards (playgrounds will be provided for the children in each yard. Thanks to a well-designed security system, no strangers will be able to get here – only residents of the house and their guests will have access. Also, cars will not be able to enter the yard – its territory will be completely We carefully select game equipment, focusing primarily on quality, reliability and safety. The grounds will have slides, climbing nets, swings and sandboxes. only a large area will be covered by a green lawn) 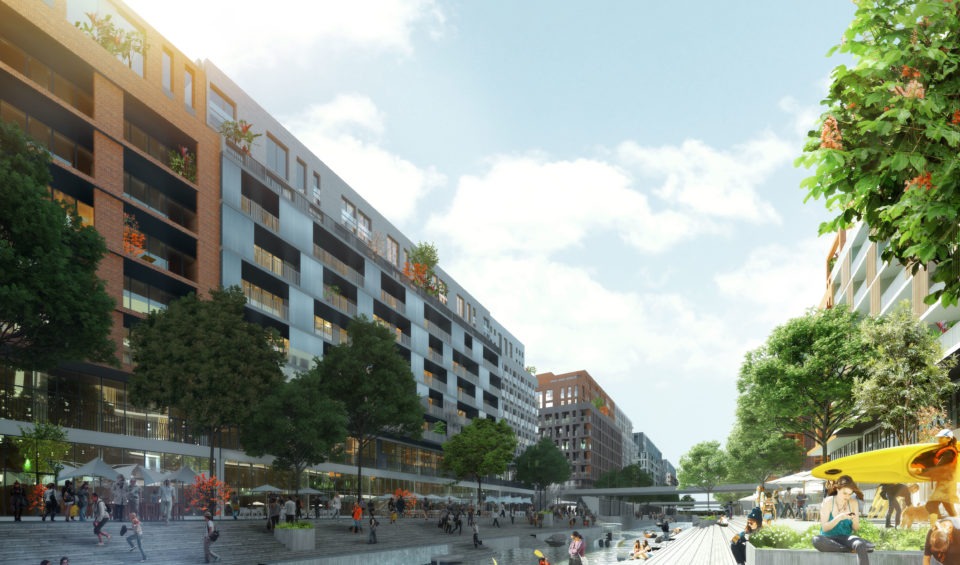 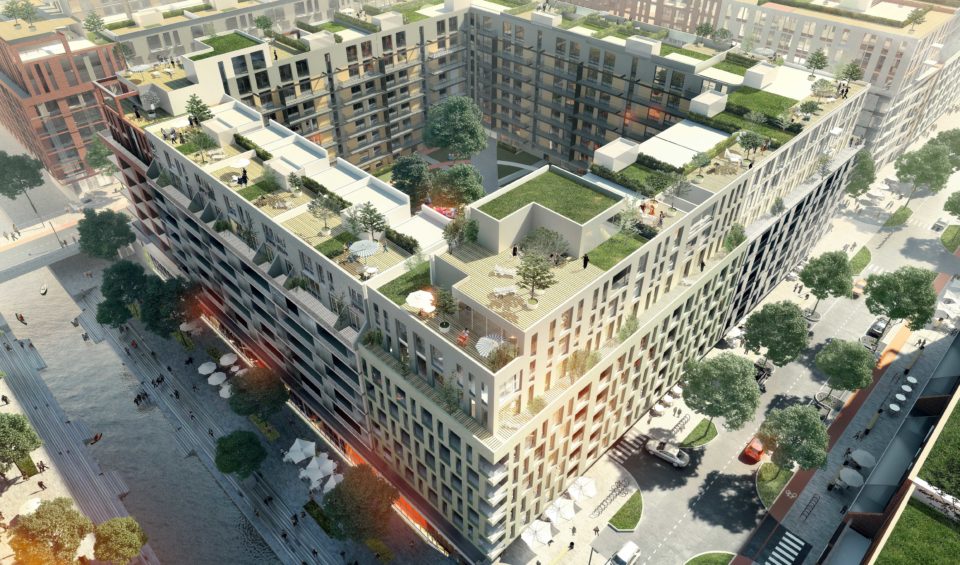 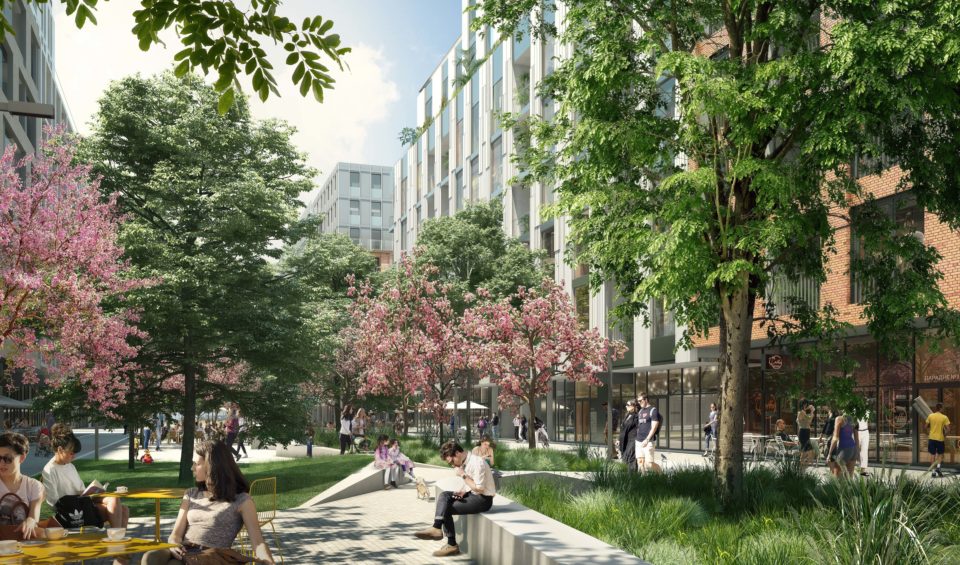 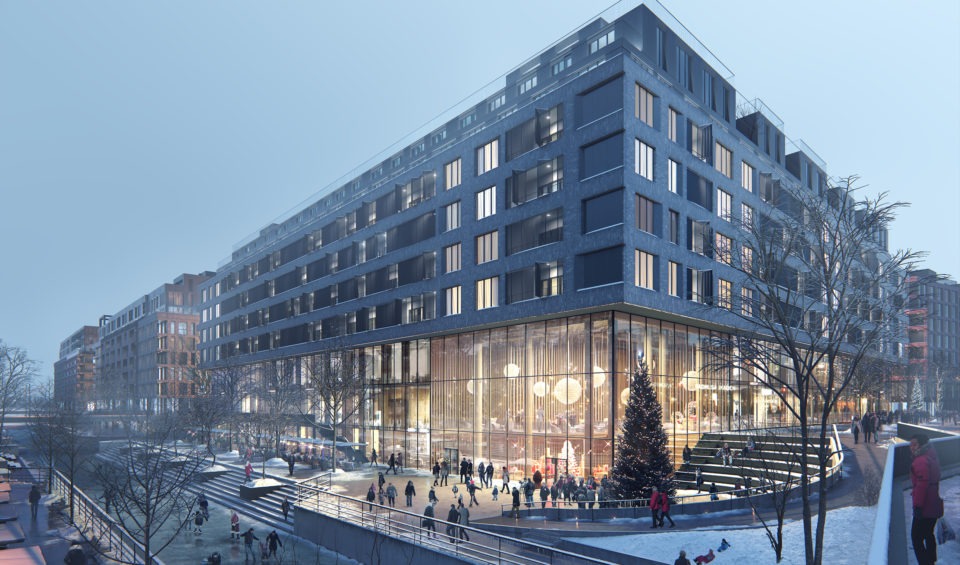 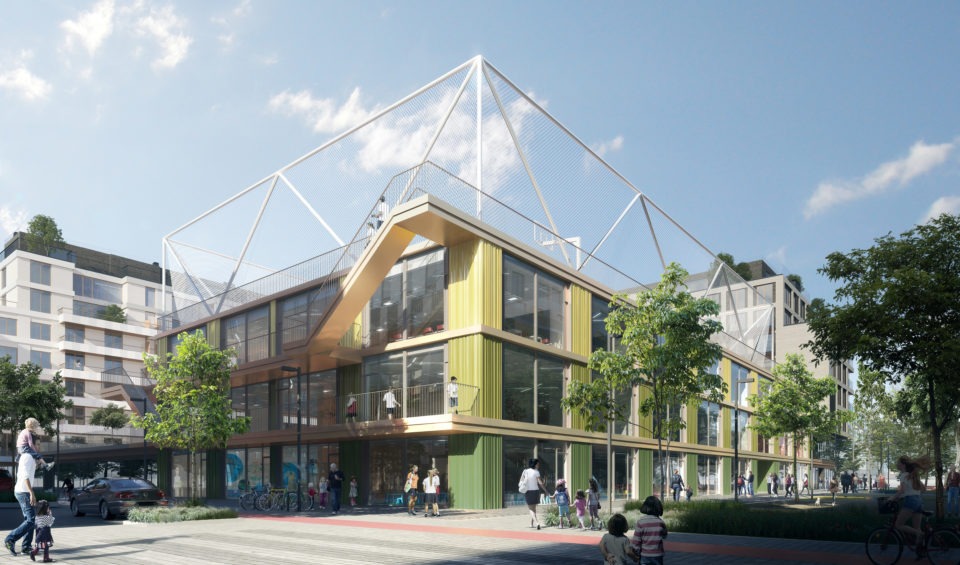 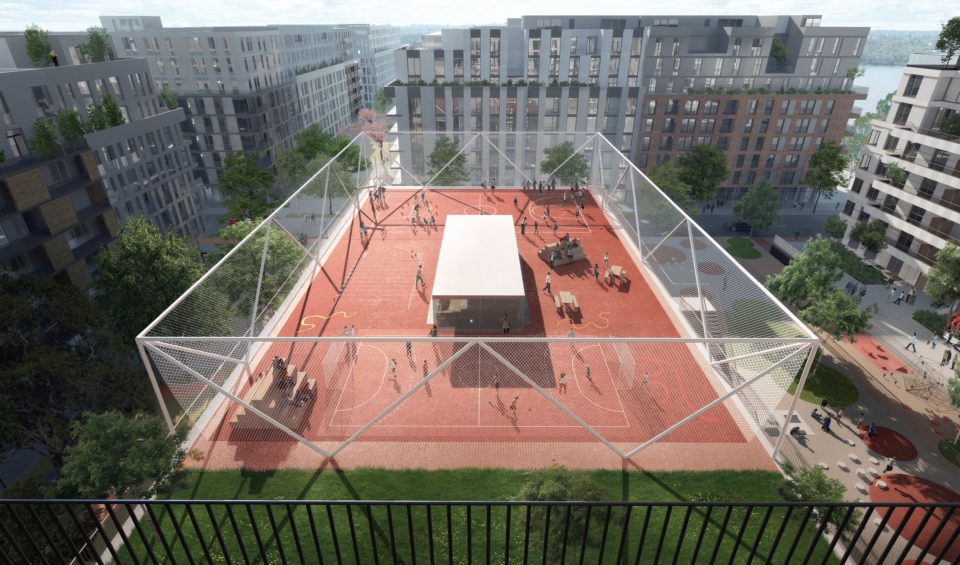 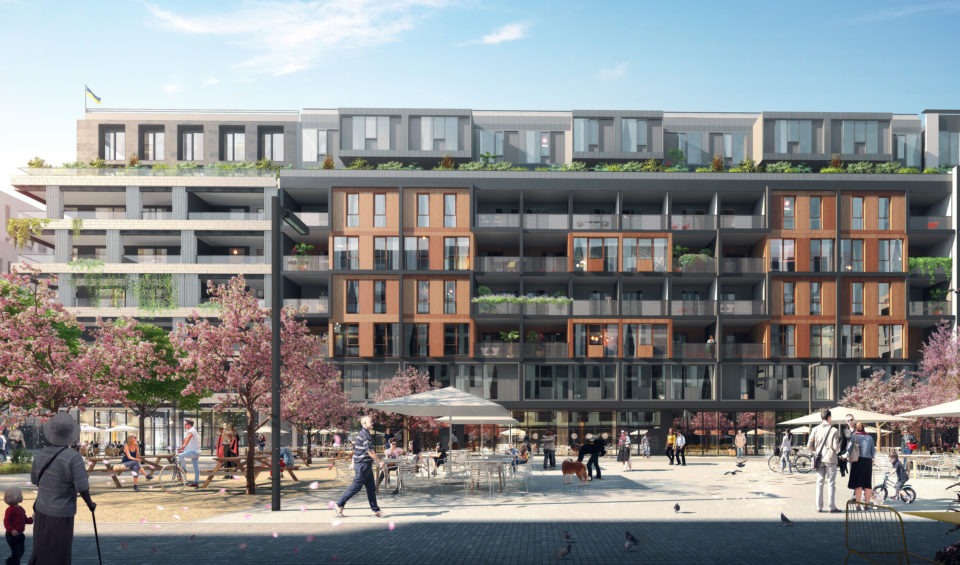 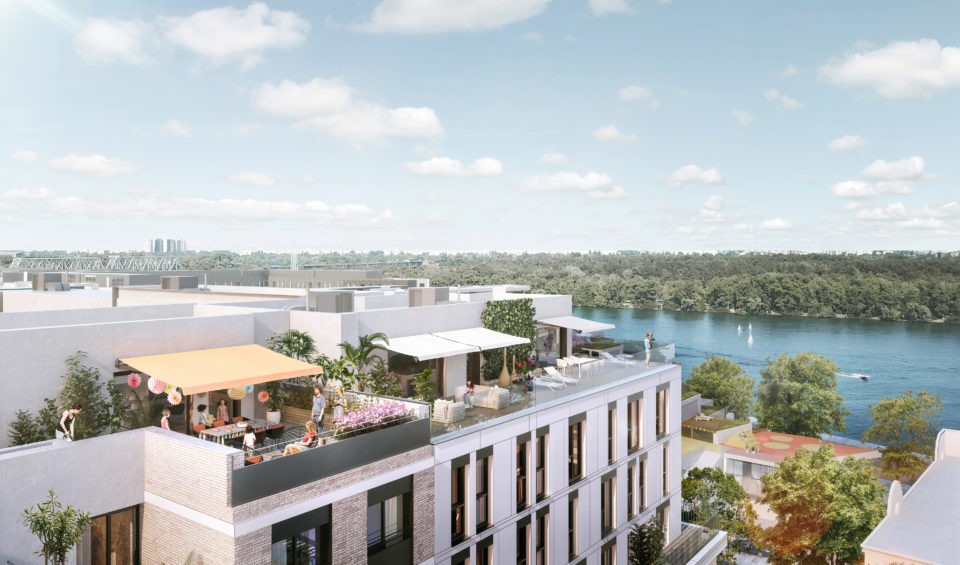 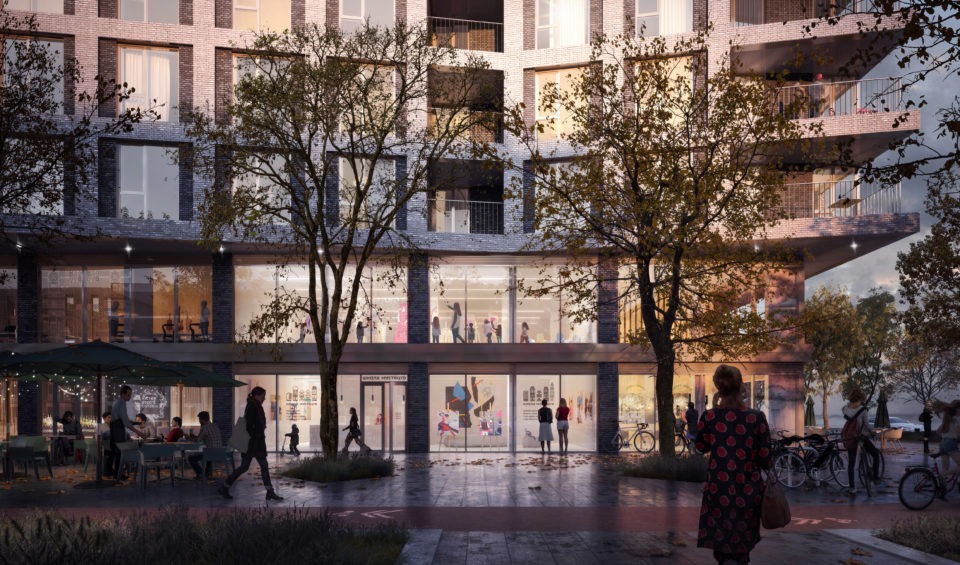 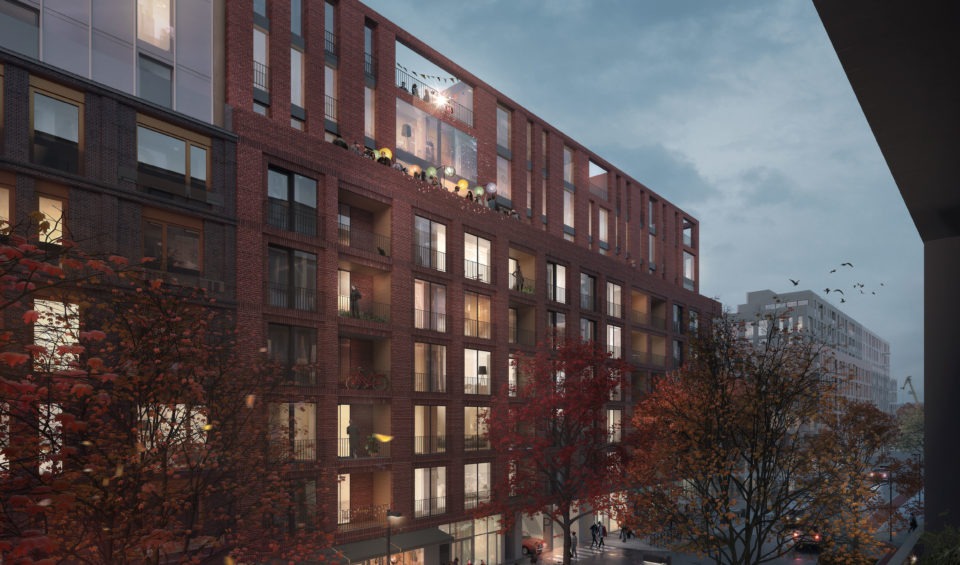 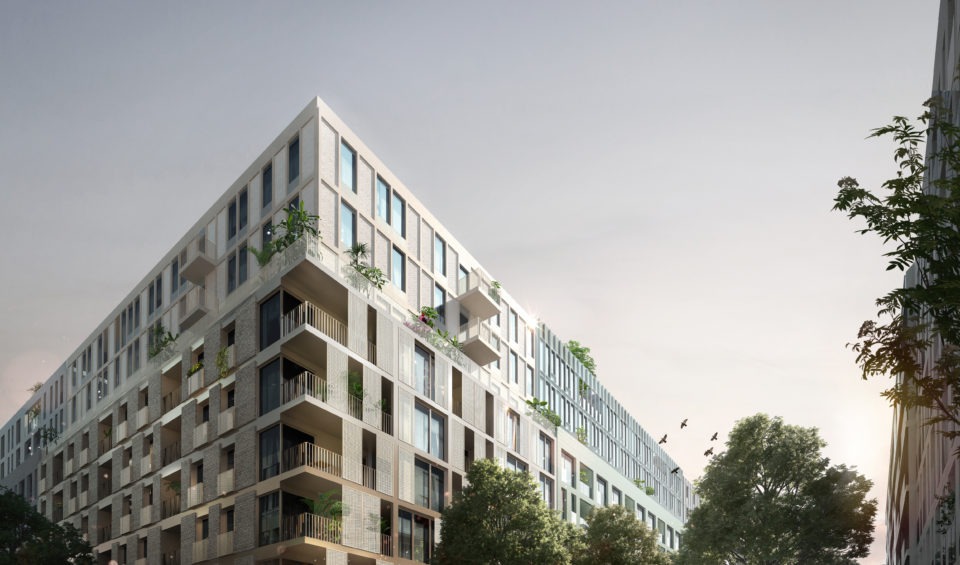 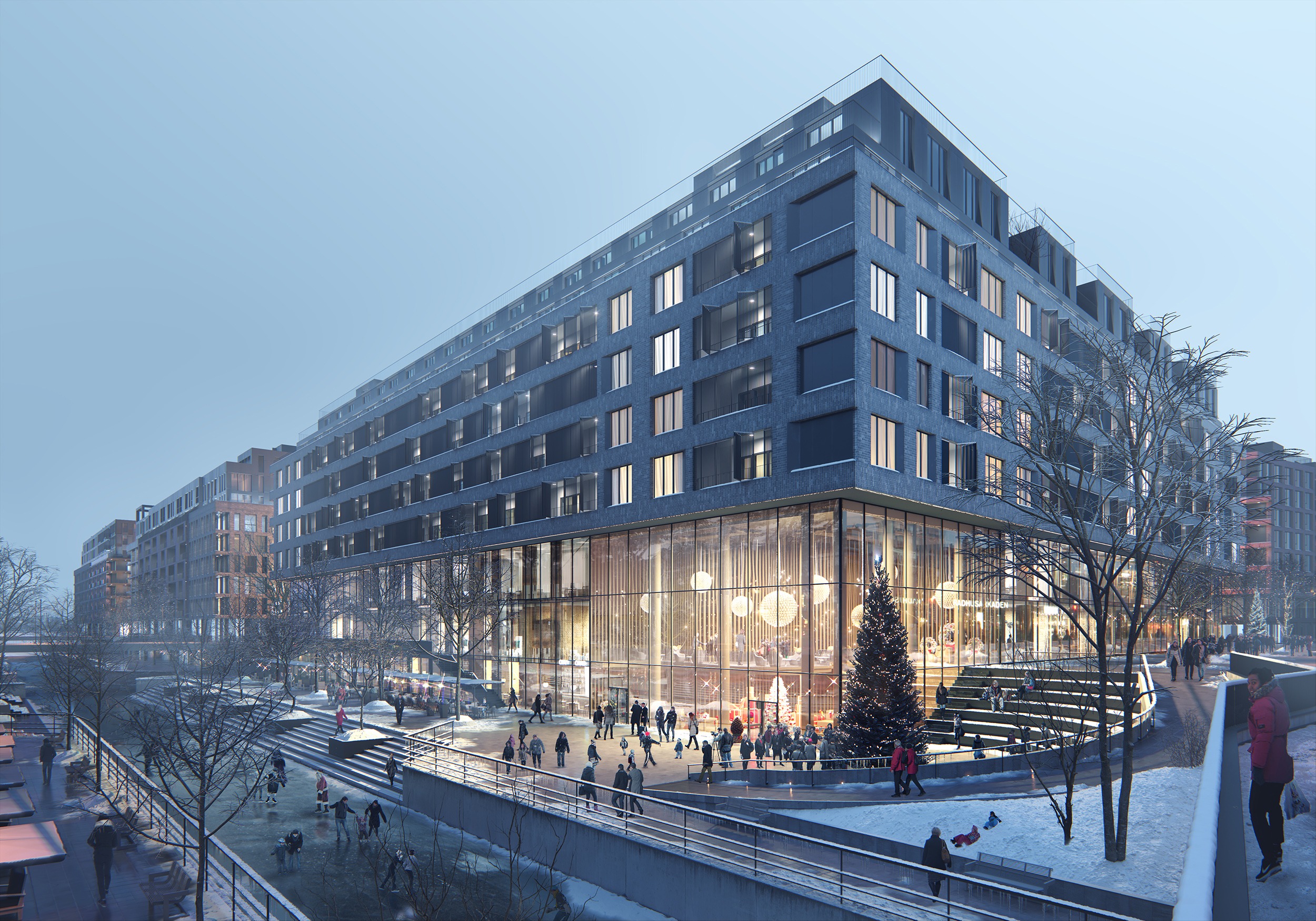 Founded in 2012, the company has extensive experience in building architectural assets over 6 years. In the presence of many well-known architectural bureaus, there was a shortage of effective project management, which became the main idea behind the creation and further development of the company.

The main strategy of the company focuses on the quality and speed of adaptation of projects, both in-house and in-house, from the first outlines to the execution of working drawings and approval in the state architectural and construction inspection of Ukraine.

With the introduction of Information Modeling (VIM) technologies and a system of coordination between design participants, we improve the quality of project documentation, which reduces the time of design, construction and saves customer costs.

Among the 10 largest developers of Kiev 6 have chosen our company as a general designer. The result of our hard work is 1.6 million square meters of residential development, more than 250 administrative and individual properties, more than 20 gas stations and industrial sites.

Today, the company employs more than 110 highly qualified specialists who design based on information modeling of facilities and modern facilities. Among them are 2 Candidates of Engineering, 8 Certified Architects, 7 Certified Engineers, 3 Experts in Technical Inspection of Buildings and Structures. Introduced a system for processing, exchange and storage of information, 3D modeling.

The company also has experience in executing contracts with budget financing (reconstruction of the Bessarabian market, detailed plans for the construction of the city of Kyiv, development of a scheme of temporary structures of commercial, household and socio-cultural purpose, etc.).

The company has the experience of developing its own projects and implementing the concepts of other architectural bureaus of different countries, adapting the project according to building codes of Ukraine, passing expertise, construction supervision (Drozdov & Partners, BuroO, ZGF architects, etc).

Ideal considerations of a higher order, as well as the strengthening and development of the structure is largely due to the creation of a development model. The diverse and rich experience of the frame and place of personnel training makes it possible to assess the importance of the positions held by participants in relation to the tasks set.